The Labor Movement: Then and Now

Commemorating the 1982 Chinatown Garment Workers Strike when 20,000 workers took to the streets to demand better wages and better working conditions

What: Celebrate the strength of the labor movement!

Hear from former garment workers who successfully rallied as one for better wages and better working conditions 40 years ago, and from a current Starbucks worker who is fighting alongside thousands more baristas across the country for improved workplace conditions for Starbucks workers!

We Are One was the rallying cry during the brief but successful strike in early summer of 1982, when an estimated 20,000 members of Local 23-25 of the ILGWU (now Workers United) – most of them Chinese immigrant women – walked off the job in protest. Find out more at LaborArts.org/1982.

Why: The fight for better wages and better working conditions have continued through the years. For as long as employers place priority on higher profits over the welfare of workers, this fight will continue. Join Workers United, The W.O.W Project, Labor Arts, APALA, and the NYCLC as we come together to highlight the significance of coming together as one to effect change in the workplace. 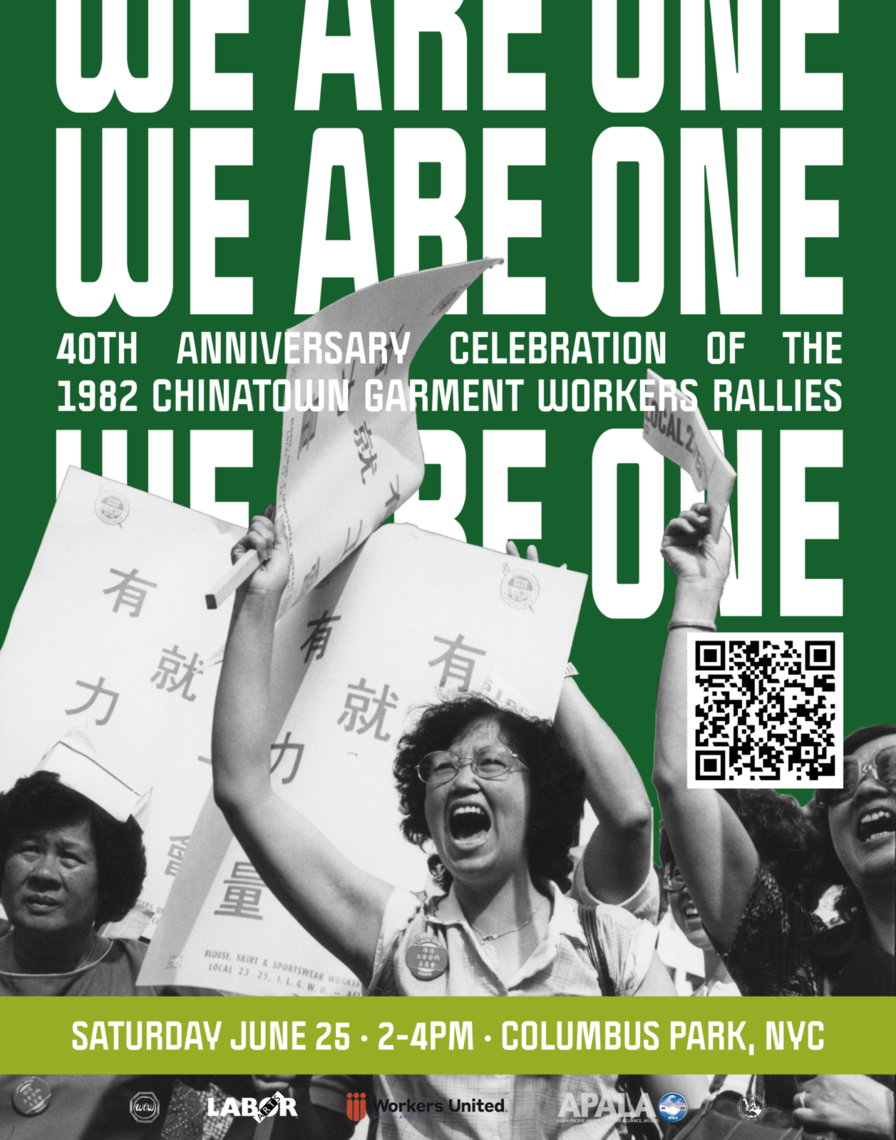