120 years of history, one uncompromising purpose

This is where we come from.

Since 1900, our union has steadfastly advocated for worker rights and workplace safety, and effected legislation for the betterment of all workers. Like our predecessors, Workers United is committed to stopping corporate greed, advancing the causes of social and economic justice, and improving the lives of working families, No Matter What!

We are the Union of the Triangle Shirtwaist Fire, the 1910 Chicago Strike, Sidney Hillman, Amalgamated Bank, and Amalgamated Life Insurance Company. Our history is rich with victories made possible by our loyal members.

​​We are the creation of ACWA, ILGWU, TWUA and UNITE!, and now, along with  SEIU, we will once again pave the road for the creation of a strong and educated working class.

The ILGWU represented mostly women and immigrants in the United States, Canada, and Puerto Rico. It grew to become one of the most active and powerful unions. Spurred by the tragedy of the Triangle Shirtwaist Fire of 1911, members played important roles in ensuring new factory legislations, and employment laws to protect women and children.

The Chicago Strike of 1910 laid the groundwork for ACWA, after members of the United Garment Workers Union were dissatisfied with the leadership. Led by Sidney Hillman, ACWA represented workers in the men's clothing industry. ACWA was known for its support of "social unionism" and progressive political causes.

Founded out of the Textile Workers Organizing Committee of the Congress of Industrial Organizations headed up by Sidney Hillman, TWUA led many organizing campaigns to ensure fair labor practices in the South.

ACTWU was the result of a merger of ACWA and TWUA due to a declining membership of both predecessor unions. ACTWU represented workers in the United States, Canada, and Puerto Rico, and was known for its successful nationwide boycott of textile manufacturer JP Stevens in the late 1970s to ensure the workers' right to organize.

UNITE was formed when the ILGWU merged with ACTWU. At that time, UNITE's core industries were textile and apparel manufacturing, distribution, retail, industrial laundry and manufacturing in other industries.

The Amalgamated Clothing Workers of America formed in 1914 because of the revolt of the urban locals against the conservative AFL affiliate, the United Garment Workers. The roots of this conflict date back to the general strike of Chicago, when a spontaneous strike by a few women workers led to a citywide strike of 45,000 garment workers in 1910. That strike pitted the strikers against not only their employers and the local authorities, but also their own union.

The Amalgamated Clothing Workers of America (ACWA) was a labor union known for its support for "social unionism" and progressive political causes. Led by Sidney Hillman for its first 30 years, it helped found the Congress of Industrial Organizations. ACWA merged with the Textile Workers Union of America in 1976 to form the Amalgamated Clothing and Textile Workers Union (ACTWU).

The International Ladies' Garment Workers' Union (ILGWU) was once one of the largest labor unions in the United States, one of the first U.S. unions to have a primarily female membership, and was a key player in the labor history of the 1920s and 1930s. The union became more involved in electoral politics, in part as a result of the Triangle Shirtwaist Factory fire on March 25, 1911, in which 146 shirtwaist makers (most of them young immigrant women) either died in the fire that broke out on the eighth floor of the factory, or jumped to their deaths. Many of these workers were unable to escape because the doors on their floors had been locked to prevent them from stealing or taking unauthorized breaks. More than 100,000 people participated in the funeral march for the victims.

The Union of Needle trades, Industrial, and Textile Employees (UNITE!) was a labor union in the United States, formed in 1995 as a merger between the International Ladies' Garment Workers' Union (ILGWU) and the Amalgamated Clothing and Textile Workers Union (ACTWU). 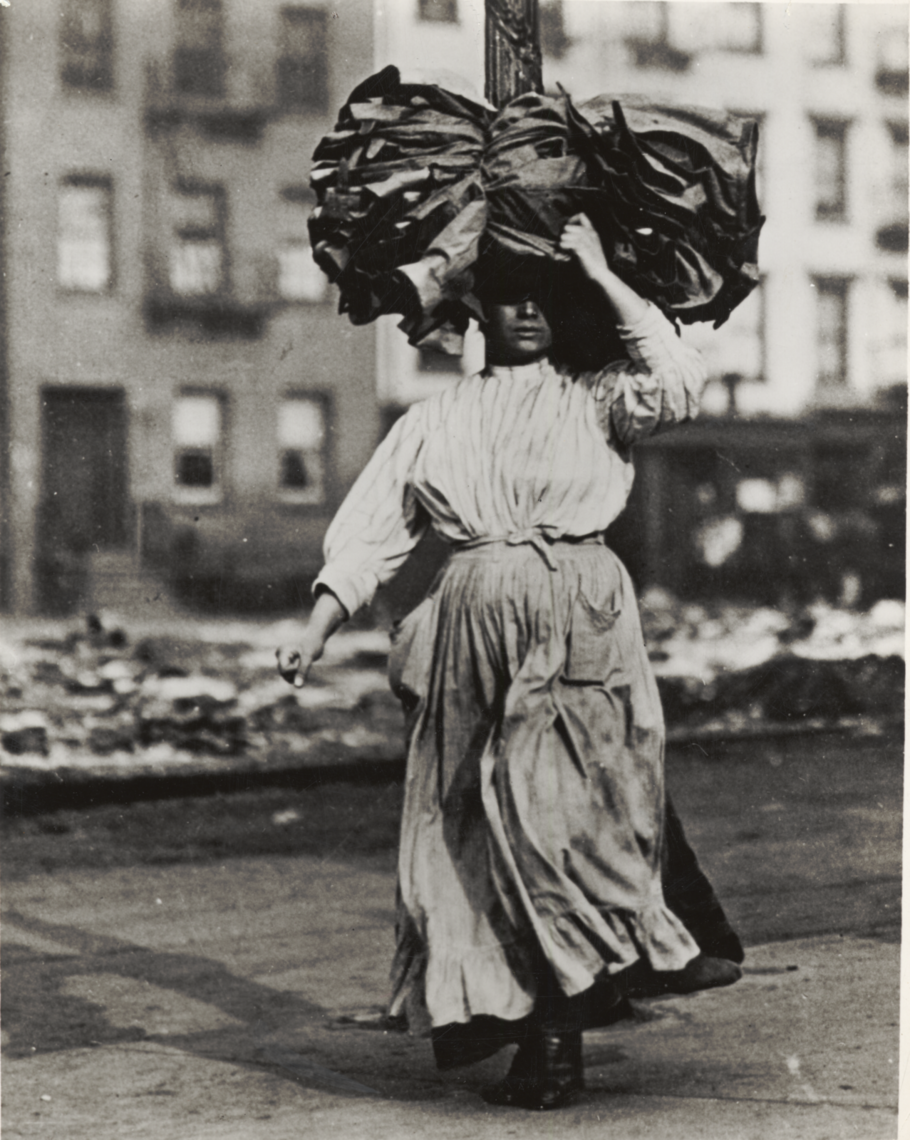 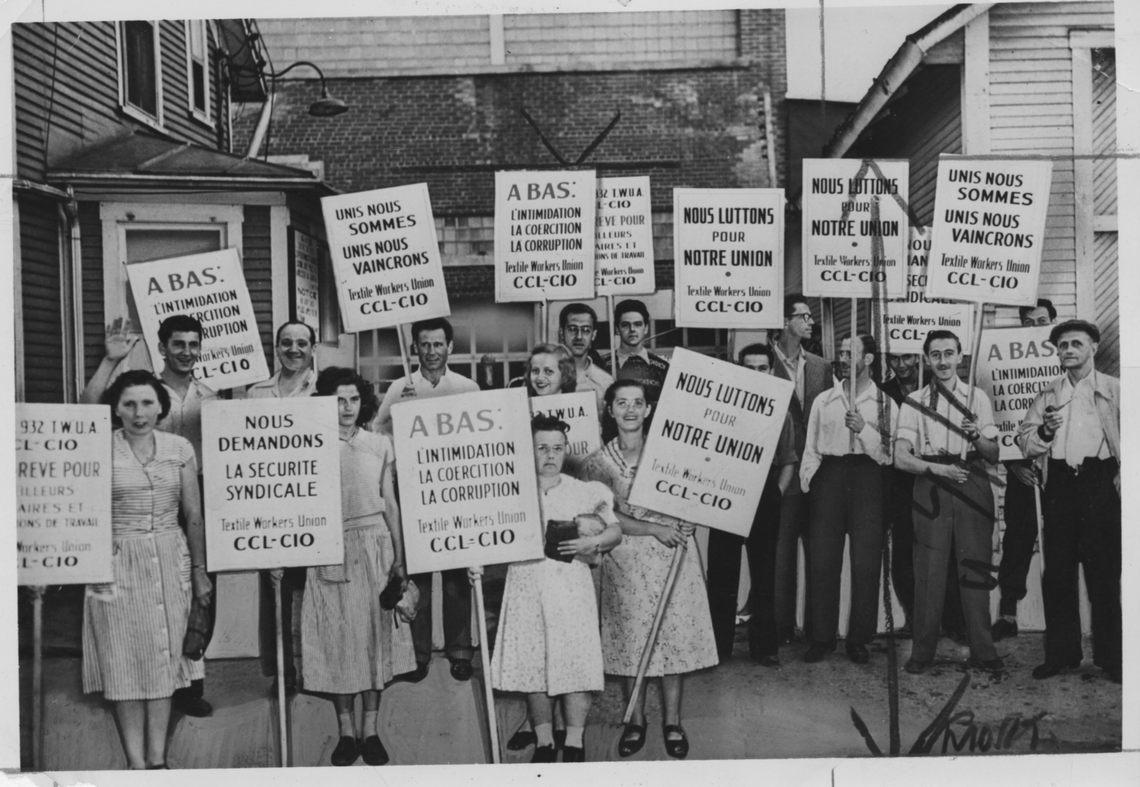 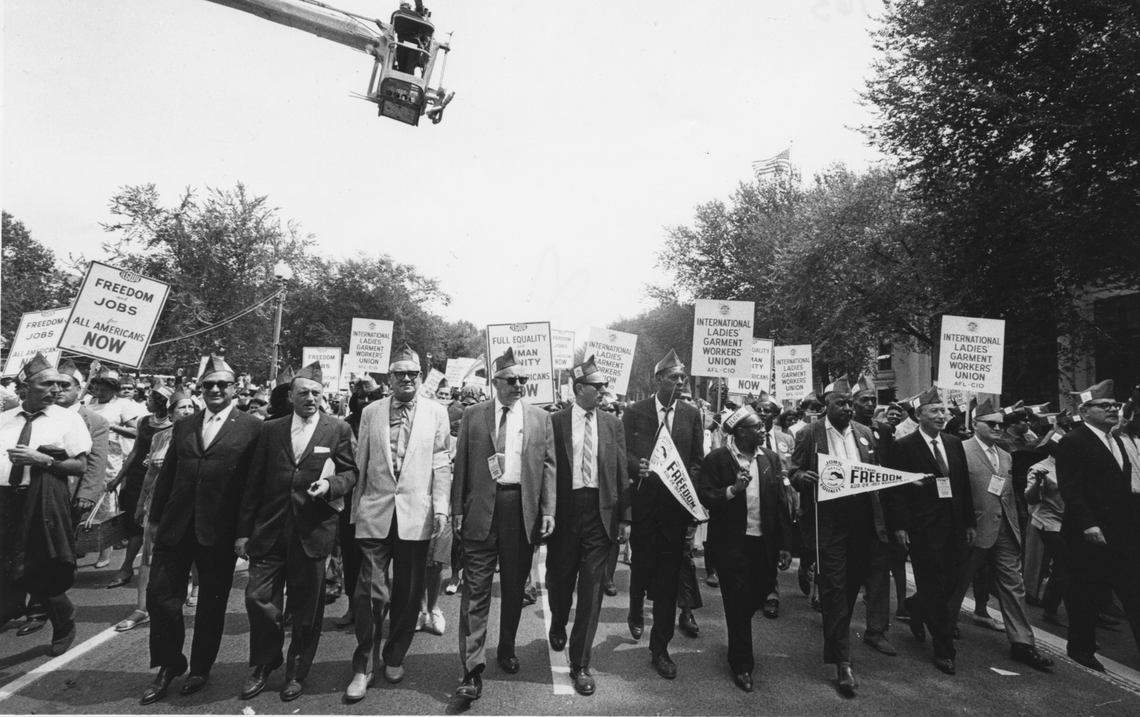 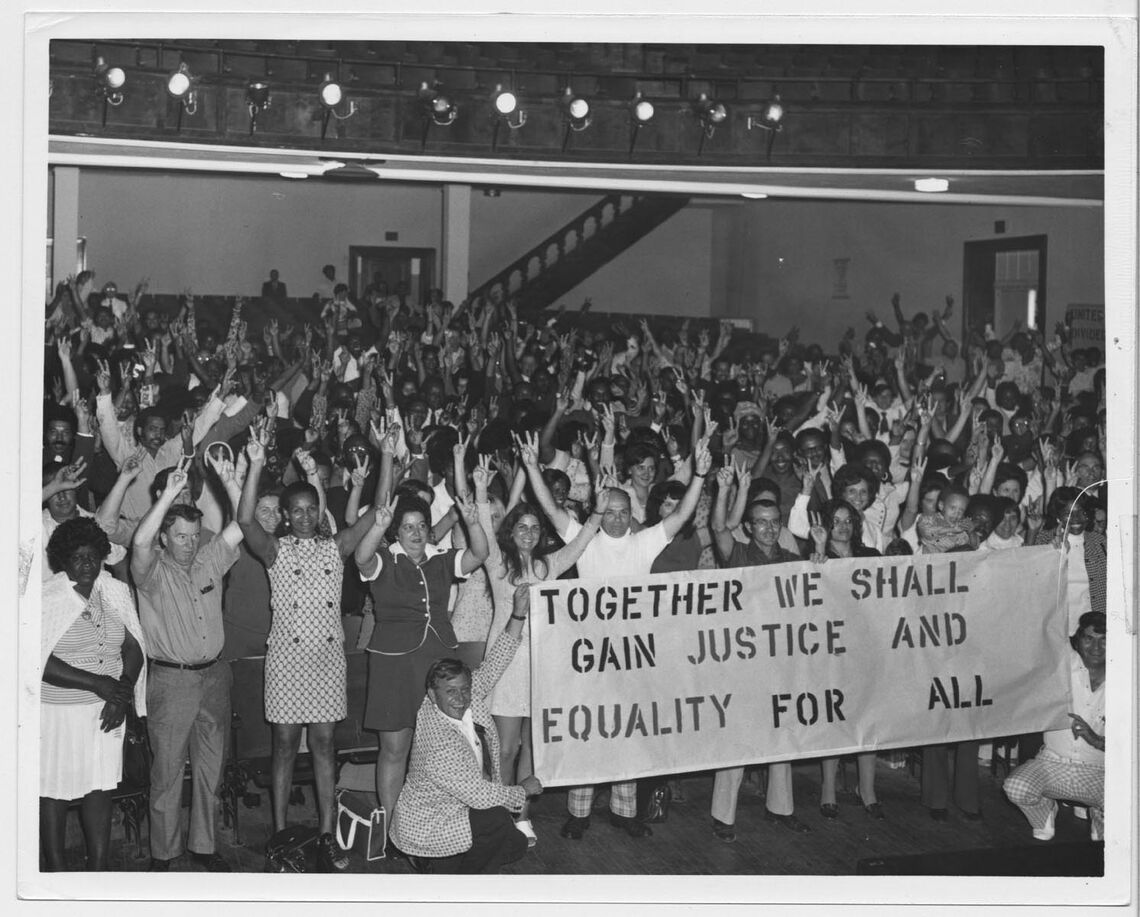 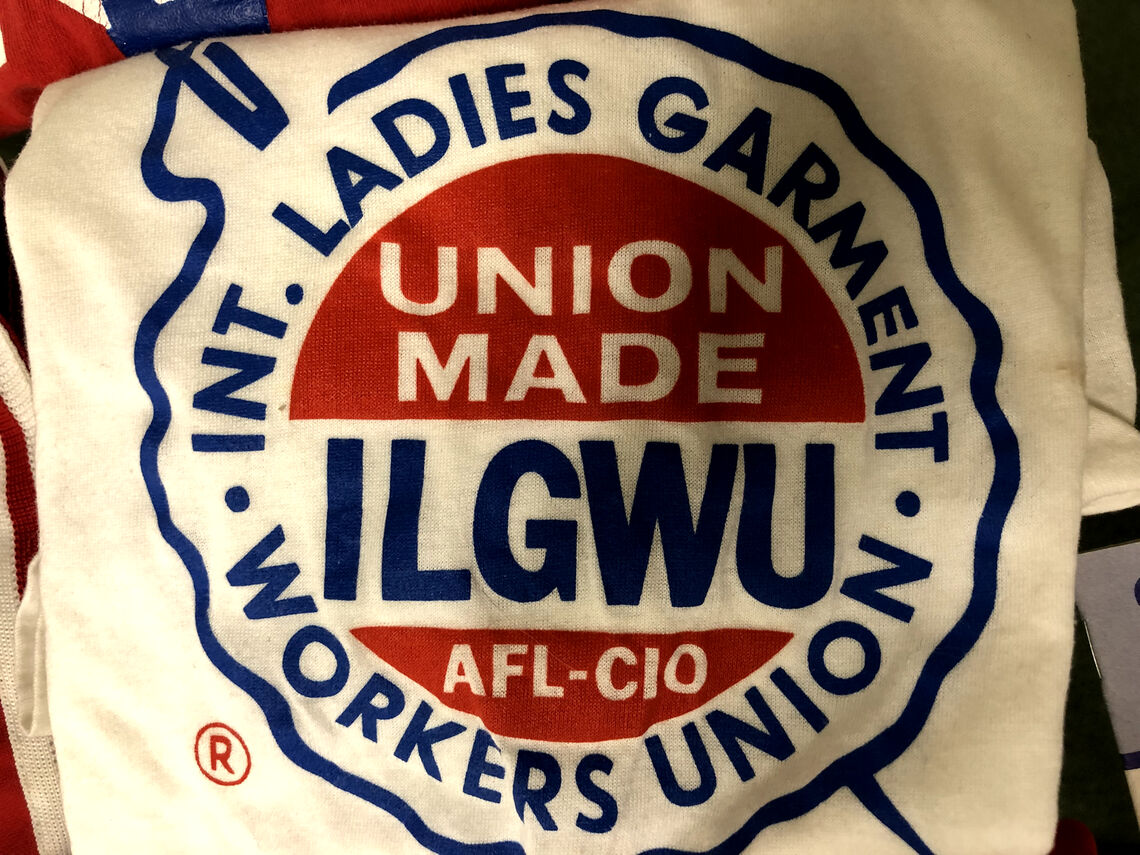 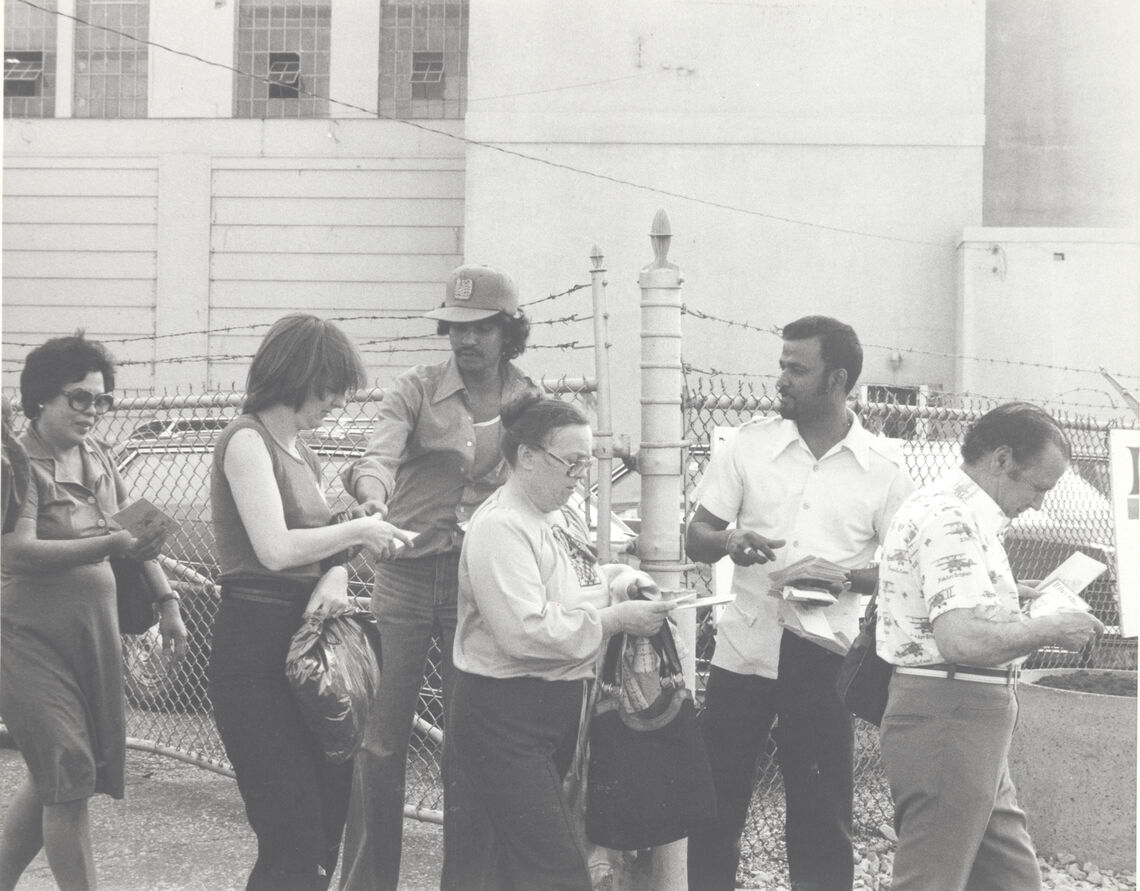 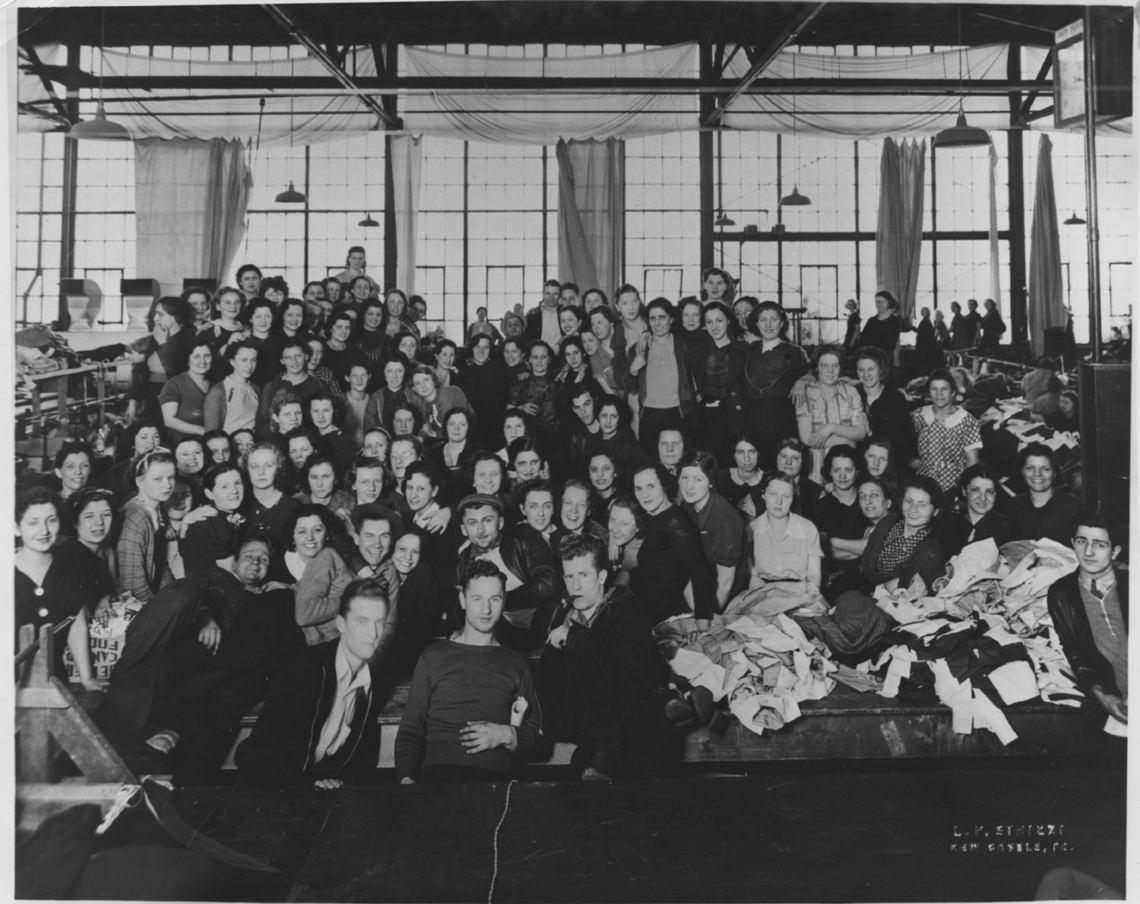 The ILGWU was formed

The uprising of 20,000 was a strike by women garment workers of New York for better wages and working conditions.

Amalgamated Bank, founded by ACWA, was the first bank that was open and accessible to all people.

TWUA played a lead role in Operation Dixie, intended to organize industries in the South after World War II.

The merger of ACWA and TWUA resulted in ACTWU becoming the largest union representing workers in the textile and men's garment industry.

UNITE was the result of the merger between ILGWU and ACTWU, and it resulted in a collective membership of 250,000

Today, Workers United represents more than 86,000 members in the United States and Canada.