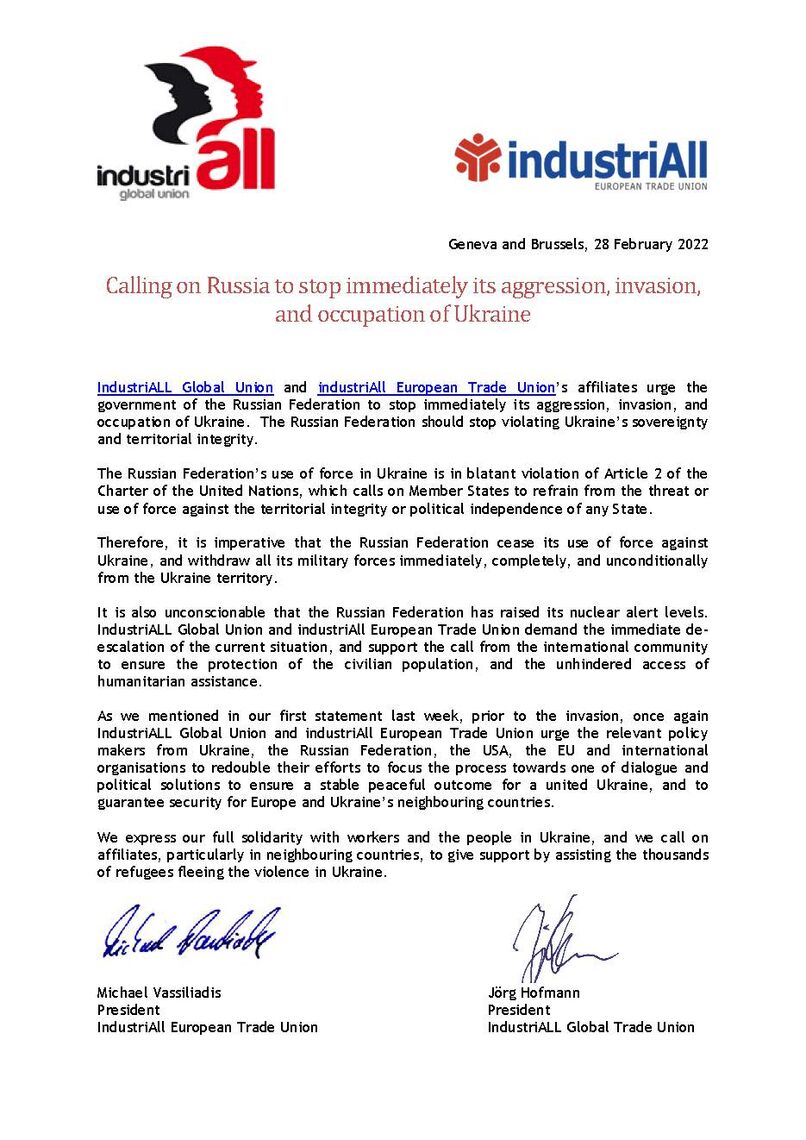 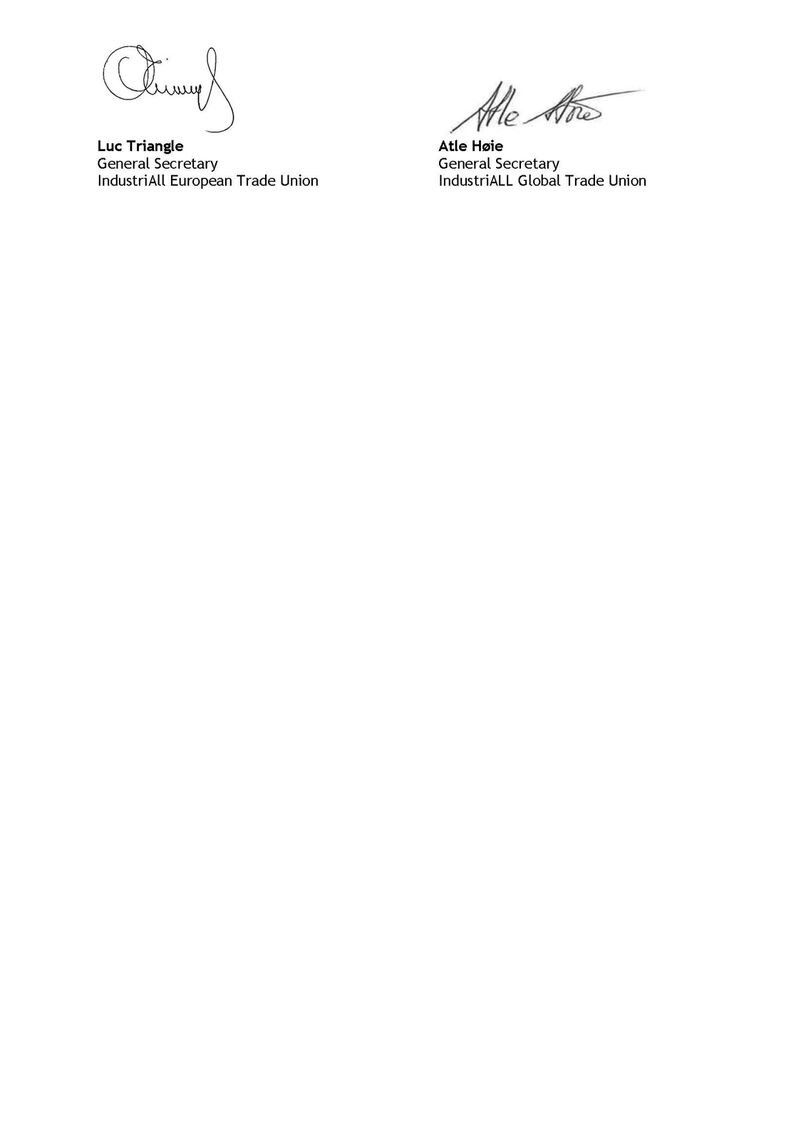 Calling on Russia to stop immediately its aggression, invasion, and occupation of Ukraine

The Russian Federation’s use of force in Ukraine is in blatant violation of Article 2 of the Charter of the United Nations, which calls on Member States to refrain from the threat or use of force against the territorial integrity or political independence of any State.

Therefore, it is imperative that the Russian Federation cease its use of force against Ukraine, and withdraw all its military forces immediately, completely, and unconditionally from the Ukraine territory.

It is also unconscionable that the Russian Federation has raised its nuclear alert levels. IndustriALL Global Union and industriAll European Trade Union demand the immediate de-escalation of the current situation, and support the call from the international community to ensure the protection of the civilian population, and the unhindered access of humanitarian assistance.

As we mentioned in our first statement last week, prior to the invasion, once again IndustriALL Global Union and industriAll European Trade Union urge the relevant policy makers from Ukraine, the Russian Federation, the USA, the EU and international organisations to redouble their efforts to focus the process towards one of dialogue and political solutions to ensure a stable peaceful outcome for a united Ukraine, and to guarantee security for Europe and Ukraine’s neighbouring countries.

We express our full solidarity with workers and the people in Ukraine, and we call on affiliates, particularly in neighbouring countries, to give support by assisting the thousands of refugees fleeing the violence in Ukraine.